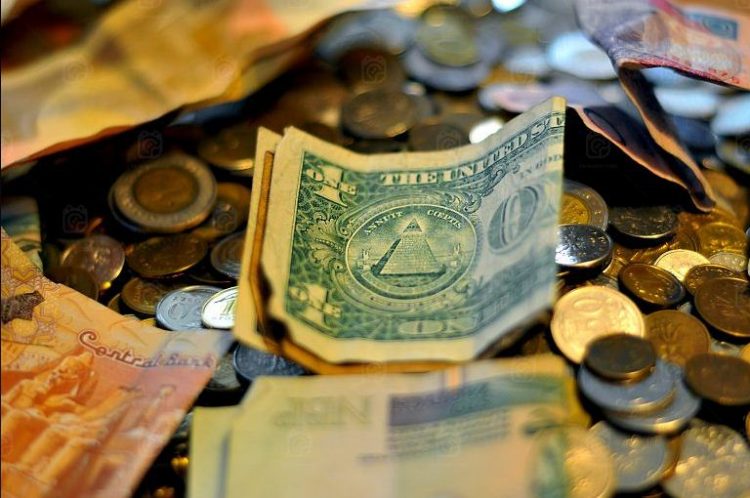 Manifesting Goals within Goals: Stop & Start Aiming for the Stars

When was the last time you tried to manifest some money, without giving any thought to how hard or easy it is going to be?

Many financial goals are often perceived by us as “too big”. In fact, we should have financial goals at all, one number at a time should be more than enough: this is number that allows us to fully express ourselves, while living the life that we want.

But when that number sounds too high, it could be tempting to ‘start breaking it down’ into mini goals. Like, for example, if the end goal is to earn $100,000 passively each month, chances are there will mini goals along the way, aimed at manifesting smaller amounts. But why would gradually be better than all at once?

The universe doesn’t care how many zeros after the “1” you want. It isn’t harder for it to bring you a $1,000,000 than it is to bring you $1,000. But the human way of thinking makes it harder to believe these 2 different amounts can be manifested just as easily.

The linear way of thinking is very dominant and we were all exposed to it. In school, you only learn certain things after you’ve learned others. You are taught to ask for a raise after you did a good job or added a skill to your skill set. All of these real life examples come back as beliefs that we sometimes copy into our manifesting routine.

But manifesting isn’t linear. And your goals in life shouldn’t be either. If you are feeling passionate about a certain goal, right now, then the time to manifest this goal is now. Breaking it down into mini goals will only work against you, as passion is the fuel to manifest those really big, life changing things.

Exercise #1: Curing the non believer in you

The little non believer in you that says it cannot be done, that it will take time, or much effort, or a skill set you do not currently possess, or whatever, is the focus of this exercise.

And the way to cure him is by telling him stories. So for the next 10 days, you need to come up with one story a day, for a feasible way to get your goal.

Heads up: the first and second story will be harder to script. Your little non believer won’t have examples of how you can land that much money, or arrange for tons of passive income in the blink of an eye. But it can be done. Remember, you only need to come up with a feasible way, not a very likely one. Winning the lottery could be entwined into one of your stories, but make sure not to repeat the same elements in different stories.

With this exercise, you train your non believer to see that there is a way for you to get what you want. And after you show him 10 of those, a new thinking path forms and then, it allow you to start seeing options, where there were none before.

Exercise #2: Going big with your dreams

Once you’re done with exercise #1, re-think what you were looking to manifest before. If you have things that are only part of a much bigger goal, go for the end goal. Write that one down and manifest that one. Allow the universe and the law of attraction to determine how and which building stones will form your big dream.

As long as it is in your best interest, why would you even want to be the one saying which building stones these will be? Too much work 🙂