Warning: Cannot modify header information - headers already sent by (output started at /homepages/23/d319078981/htdocs/clickandbuilds/MsManifesting/wp-content/plugins/wp-mobile-edition/admin/class-widgets.php:9) in /homepages/23/d319078981/htdocs/clickandbuilds/MsManifesting/wp-content/plugins/simple-membership/classes/class.swpm-init-time-tasks.php on line 20
 Money and Why Your Thoughts About It are Preventing you from Achieving Your Goals | Ms Manifesting 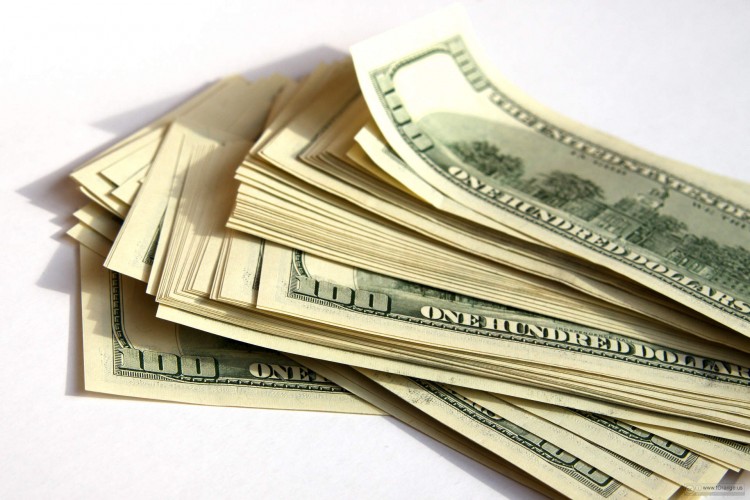 Many people think that believing in the law of attraction and manifesting means that you are either plain ignorant, or, if not, that you are ignoring science, research, the economy and everything about how the world really works. Some of the people closest to me are such skeptics.

Back when I used to talk to them about my experiences with the law of attraction, I would start feeling frustrated each time they pulled out some fact that I couldn’t contradict with my limited knowledge of physics and economics. I really didn’t like feeling that this powerful thing I’ve been using and getting amazing results with couldn’t be backed up by the kind of research and science that they are looking for.

Luckily for me, I don’t go there anymore. It’s much easier to handle the skeptics once you stop trying to convince them, and let everyone believe whatever they wish to believe (took me a while to realize that they wouldn’t believe it no matter what researches they were shown, they just don’t WANT to believe it). But being ok with others treating manifesting as mumbo jumbo, didn’t mean I didn’t want answers to some of the questions that they raised. Questions that stayed with me. I wanted answers.

The question that bothered me the most was about money: how can you attract abundance, as they say, without any relation to outer conditions? to the economy? to the current prices of the good you want to buy? How come there is “enough for everyone”?

It was only recently that I finally realized that the WAY I think about MONEY is responsible for me not having the abundance that I want. And it was such a realization that it got my head spinning.

The True Nature of Money

Also, is it just as true, that you can have all the money in the world and still not have everything you want? Let’s take, for example, the housing market. Let’s say you have your eye set on living in a certain neighborhood, a rich neighborhood. You need not only the money to buy a place there, but also to find someone who’s willing to sell. And that’s not always easy. If they are all rich, you need to wait for one of them to WANT to sell, otherwise, why would they be persuaded by money? They already have tons of it!

Yes, this is a very simplistic example, but for many things, in order for you to get them, you need to have someone that’s willing to sell it to you, and money is NOT the only motivation there is. There are countless situations where people would ignore money altogether.

The History of Money

This crack in our perception of money wasn’t enough for me. I needed to understand more about the nature of money, and the answer became quite clear when I realized what happens to the money I earn and deposit in my bank.

So if I still haven’t convinced you that lack of money is not the thing that is stopping you from having abundance, then let’s go back for a second to the history of money.

Initially, money was a way to represent how much gold each individual had. Gold was heavy to carry around and so people deposited their gold and got a bill, indicating that they have so and so gold. The idea behind money was to make it easier to barter. But then, banks evolved. They started to give out loans, and the number of bills representing the amount of gold started to be much, much bigger than the actual amount of gold. If you’ve ever wondered how banks collapse, then here’s the simplified version.

So think about it: The money that you “have” in your bank account, was actually lent out, soon after you deposited it. That’s what banks do, they sell loans and get interest. The actual amount of money that the bank keeps, in any given moment, is a relatively small percentage of the amount that people have deposited. Most of the money you deposited in your bank is out there, as someone else’s loan.

And then there’s the issue of printing more money. While we tend to believe that this is a reflection of an actual change in the state of the country, this isn’t necessarily so. A country can print out more money, and cause inflation. So the number you have in your bank account buys you LESS of what you wanted, without you being able to stop it.

So the summary I came to was this:

The money that you think you have in your bank account is not actually there. People need to continue working with the bank, depositing money and taking out loans, so that this ecosystem in which you can withdraw your money will remain intact
The money you have might not be enough to buy tomorrow, what you can buy with it today

Changing the way we think about money

Many famous abundance and manifesting books, such as Wallace Wattles’ “Science of Getting Rich” declare that only way to manifest abundance is to realize that money is merely a tool. It isn’t money that makes someone rich.

Thinking about money as a tool that can be used at times to manifest specific things, will open up your mind to the endless possibilities to manifest what you want.

2 Totally Awesome Ways (that work!) to Achieve Your Goals
Write it Down, Make it Happen: My Own Writing for Manifesting Technique